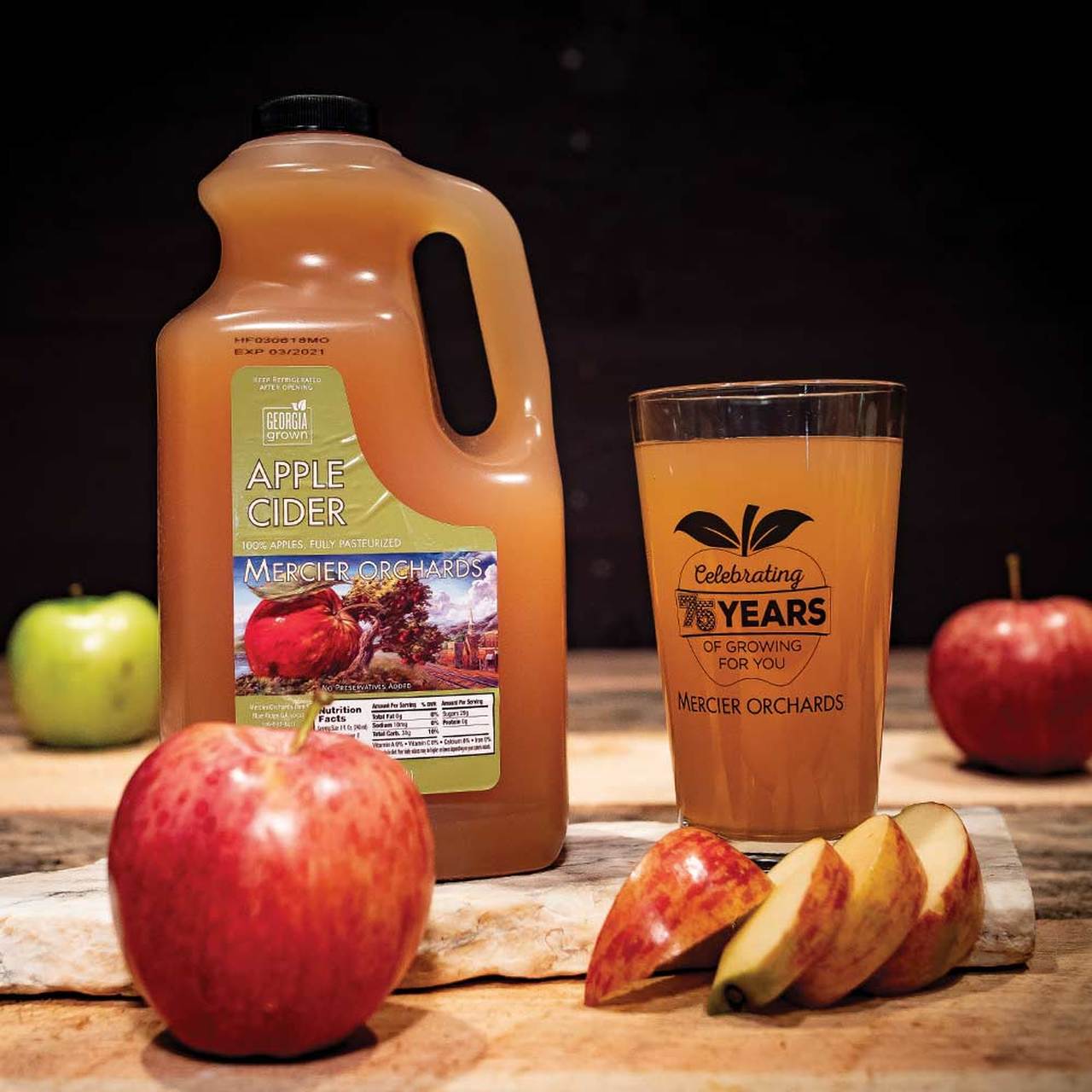 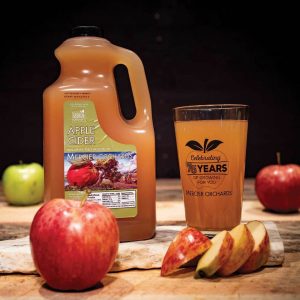 How apple cider is made

Apple cider is made from freshly pressed apples. The juice that comes out as a result of pressing – no filtering and no sweeteners added – is apple cider.

If you’ve grown up drinking apple juice, you may need to develop a taste for apple cider as there is a distinct difference in taste but I personally have grown to love apple cider more than apple juice as the taste is just a lot more authentic and natural.

Since there are no sweeteners or filtering involved, apple cider generally has a much shorter shelf life and the best, freshest apple cider is available in grocery stores during the fall, when apples have just been harvested. Occasionally, manufacturers may freeze it to be able to sell around the year.

Apple cider can be enjoyed both cold and warm, though you should definitely store it in the refrigerator, and if you like warm cider, just zap it in the microwave before consumption.

Since it is not pasteurized, it does not last very long.

How apple cider vinegar is made

Apple cider vinegar is made much like any other vinegar, except the starting point is apple cider as opposed to another fruit juice or wine.

These two acids give it the distinctly sour taste.

“Mother” is actually a common term in natural fermentation and some people refer to sourdough starters as the “mother” too.

The “mother” is nothing more than a live culture of bacteria and yeasts. This gives the ACV a slightly murky look and continues the fermentation process even as it remains in your kitchen cabinet.

Depending on how long you let the hard cider ferment, the intensity and acidity of the liquid will change. This will only work for raw ACV, though, as processed apple cider vinegar will not have the mother in it.

ACV is really easy to find and if you are not able to get it in your local supermarket you can easily order it online:

Apple juice, on the other hand, starts out in a similar way as apple cider but then undergoes a lot of further processing.

As the apples are pressed, manufacturers add enzymes which help break down the apple’s flesh even further, resulting in more juice getting extracted.

The seeds, stems, and anything else is filtered using fine sieves in the manufacturing process. This also removes any small particulate matter, which is how the resulting apple juice is so clear and golden.

Finally, the resulting liquid is pasteurized to remove any bacteria, effectively extending the shelf life.

Like apple cider, apple juice is produced in the fall months when the apple harvest is at its peak. Since packaged apple juice can last so long, you’ll find it very easily available all year round.

Apple juice and apple cider taste different because apple juice is highly filtered and often sweetened, whereas apple cider contains most of the natural flavors of the apple.

What is hard cider

Apple cider can be left to ferment to make hard cider, which is an alcoholic version of apple cider. The fermentation process either takes place through wild yeast from the apple skins(you’d be surprised, wild yeast are pretty much everywhere), or through added yeast.

Hard cider is also the starting point for apple cider vinegar, as you saw above.

Massage therapists are today focused on wellness and illness … END_OF_DOCUMENT_TOKEN_TO_BE_REPLACED

The global economy is under threat and facing a pandemic … END_OF_DOCUMENT_TOKEN_TO_BE_REPLACED

Our bodies are truly unique when it comes to protecting … END_OF_DOCUMENT_TOKEN_TO_BE_REPLACED

Everyone wants to look beautiful. Some people are blessed in … END_OF_DOCUMENT_TOKEN_TO_BE_REPLACED