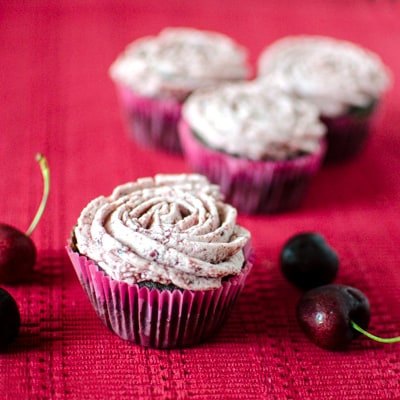 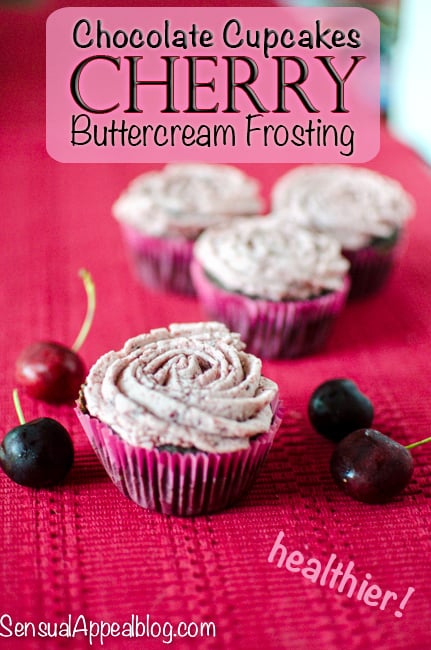 It’s been a while since I posted a recipe. These darling little cupcakes were made for a special occasion a while back. I made them as a thank-you to everyone I worked with during my Internship.

I have no sugar or all purpose flour at my place so you already know these cupcakes were gonna be healthier than usual. I revamped my basic vegan chocolate cupcakes recipe (that I used for the Snickers Cupcakes) and made them even healthier by omitting the use of processed flours and sugar! Yay for healthier choices in desserts! 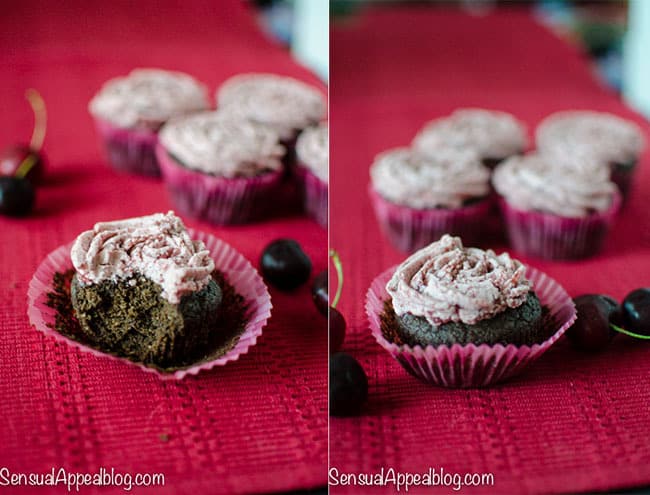 Then I played around with the frosting. I knew I wanted to use the color red… at least a little bit. The agency’s colors are red and white, and I wanted at least the frosting to reflect the spirit of the agency. I chose cherries. I was going to use strawberries at first but they all looked pretty old at the grocery store. That’s probably why they were on sale. Cherries were kinda cheaper than usual, although still pricy, but since I love cherries that much more than store-bought strawberries, I went for those!

I tried to make a cute rose-shaped frosting shape on each cupcake and I think I was pretty successful, don’t you think? Its’ a little success of mine, made me happy 🙂

Everyone at the office loved these and every person that tried them complimented me on how pretty they were AND how yummy they were! The cupcakes’ cake part is vegan and a bit grainy and easily separates from the wrapper even without spraying them before baking. Since the cupcake base is not that sweet, it balances out beautifully with the sweetness of the traditional Cherry Buttercream frosting. Deliciousness in balance! 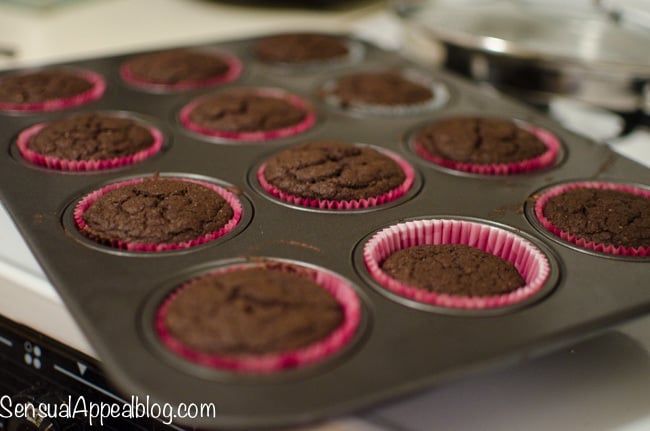 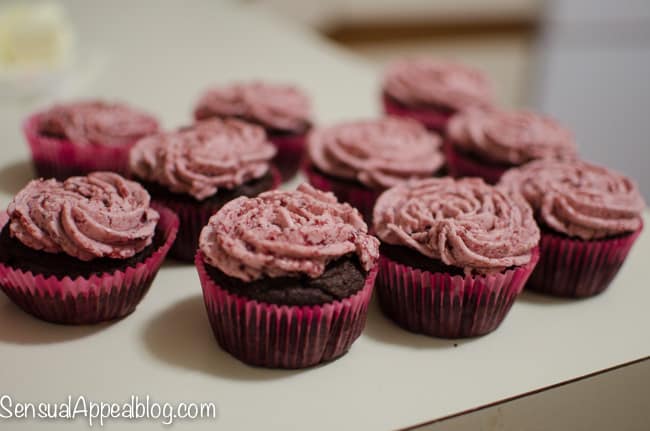 Massage therapists are today focused on wellness and illness … END_OF_DOCUMENT_TOKEN_TO_BE_REPLACED

The global economy is under threat and facing a pandemic … END_OF_DOCUMENT_TOKEN_TO_BE_REPLACED

Our bodies are truly unique when it comes to protecting … END_OF_DOCUMENT_TOKEN_TO_BE_REPLACED

Everyone wants to look beautiful. Some people are blessed in … END_OF_DOCUMENT_TOKEN_TO_BE_REPLACED