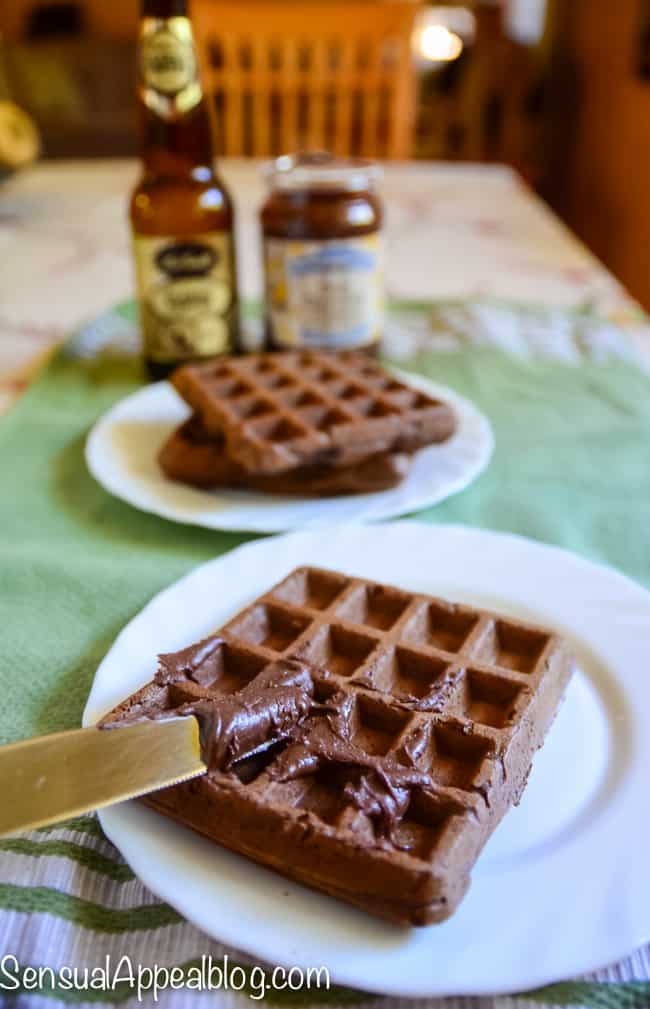 Chocolate + Beer + Waffles = Heaven. Am I right or am I right?! Seriously, these are the best brunch waffles you could possibly make. Very chocolatey from the porter and only slightly sweet make them perfect for toppings. Enjoy these Chocolate Porter Waffles! 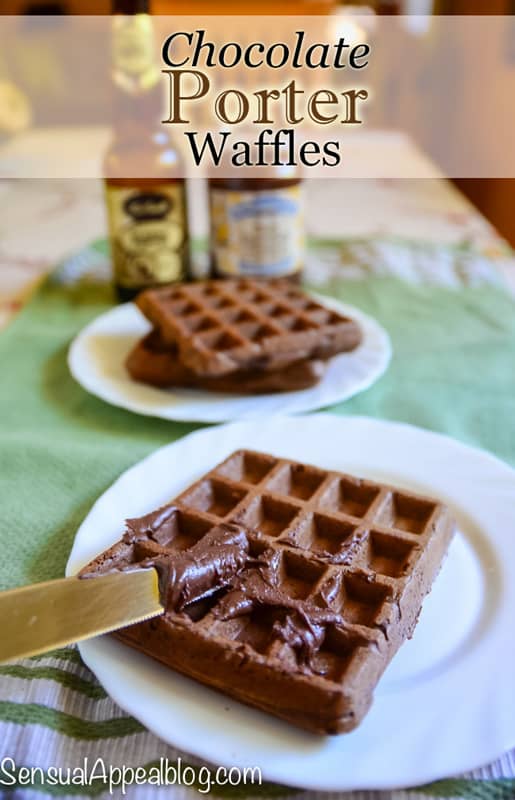 It was my dad’s birthday last week and so therefore I knew I had to make something awesome and creative. I didn’t actually see him on his birthday but I did spend the entire weekend with them in the suburbs. They’re like my favorite people.

Anyway so I contemplated on what to make him. It’s already a given that I will make something, he was pretty much already expecting it as was my mom. Haha that’s what happens when you have a food blog, I guess. I was all for it though. But I was stuck on WHAT I should actually make. 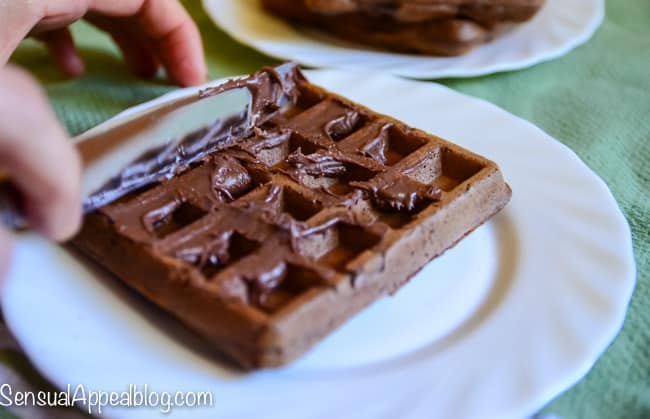 I debated about making another kind of cupcakes since last year I made the amazing low calorie chocolate cupcakes with vanilla pudding filling.. They were really mindblowing. But then I thought that I don’t really wanna do cupcakes again. I haven’t been in the dessert mood lately as I mentioned in my recent post (btw, yay for that!). But I still wanted to make something kind of festive. 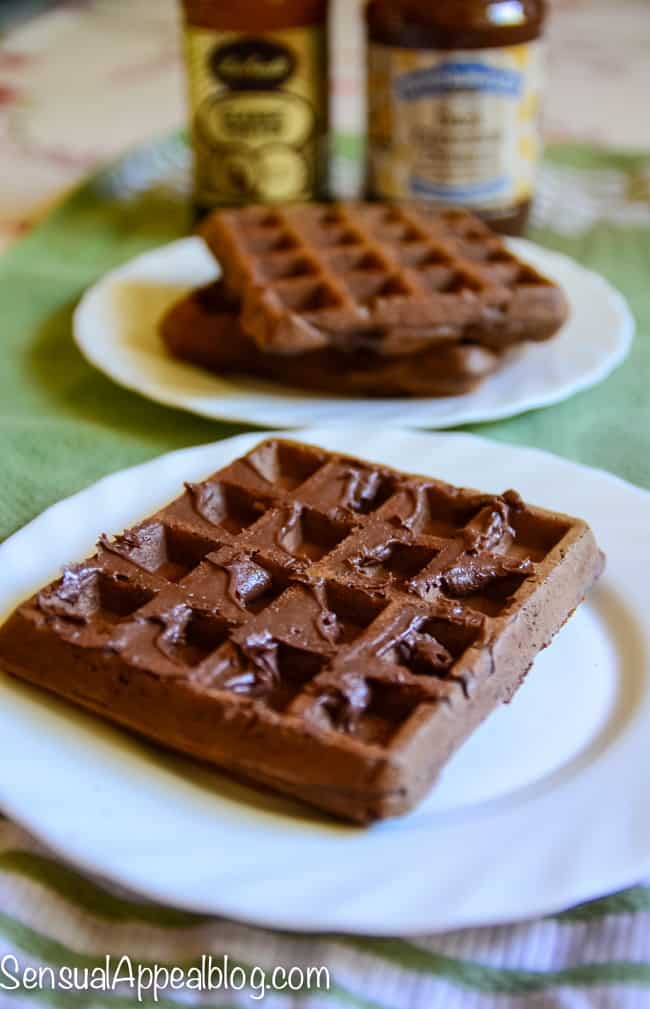 So that’s where these amazing waffles came in. I used a Porter to make them a bit boozy but the cooking process took all the booziness away but what was left was this amazing deep rich chocolate flavor! It was phenomenal.

The waffles are not very sweet but the flavor is profound and delicious and just oh so perfect. They really grow on you too. The first bite I had I was like eh.. it’s okay but it could be better. But then I had another and another… and by the time I was done eating three I said to myself, these are the best waffles I have ever had! The funny thing is – my mom said the same exact thing! Her and I think so much alike. So weird.

Unfortunately my dad thought they were just “okay” but he did follow that up with his reasoning – he said he is “probably just used to the regular waffles or pumpkin waffles” that my mom makes sometimes. These were different for sure. But I love love love the outcome and I cannot wait to make them again and again! 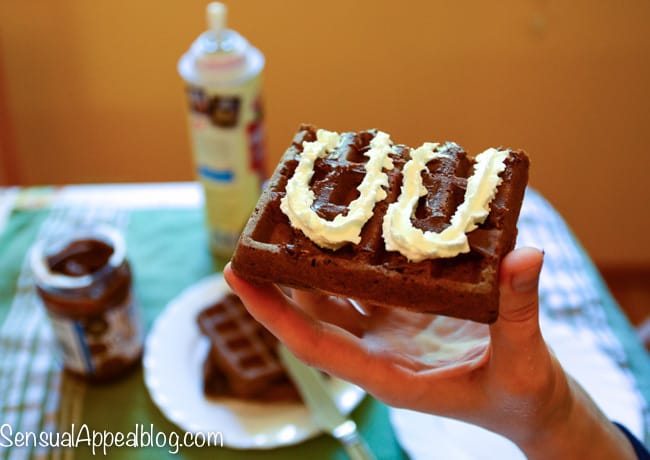 The chocolate peanut butter spread over the waffles was just perfect! Ahhh… You can see, we loved the combination. We also had one with raspberry jam which was great as well. And both were topped with whipped cream. We love the whipped cream… 🙂

Massage therapists are today focused on wellness and illness … END_OF_DOCUMENT_TOKEN_TO_BE_REPLACED

The global economy is under threat and facing a pandemic … END_OF_DOCUMENT_TOKEN_TO_BE_REPLACED

Our bodies are truly unique when it comes to protecting … END_OF_DOCUMENT_TOKEN_TO_BE_REPLACED

Everyone wants to look beautiful. Some people are blessed in … END_OF_DOCUMENT_TOKEN_TO_BE_REPLACED