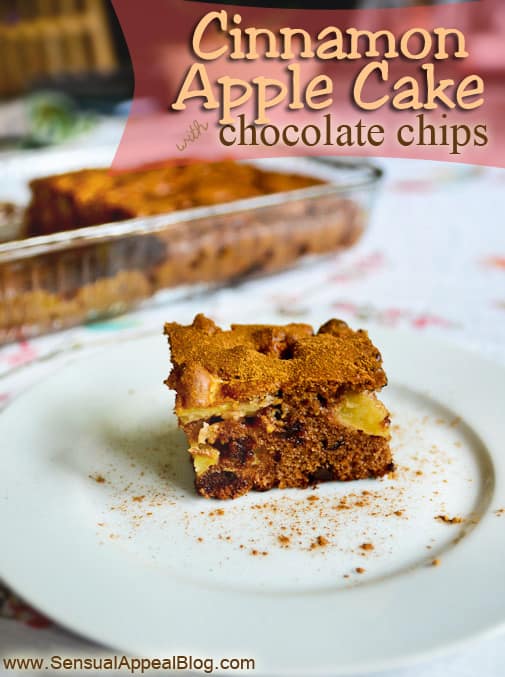 My mom, that is. You remember my Mom’s love for making apple desserts, right? After I made a Traditional Polish Apple Pie (Szarlotka), she got inspired and she created a Honey Szarlotka with Raisins & Nuts. She liked the apple pies so much, she created more cakes with apples for Easter – namely the Apple Poppy Seed cake with Chocolate Glaze (which was to-die-for!) and the Apple Crumb Cake (another amaaaazing creation, this is not the apple crumb cake you’re used to!). I just love Polish cake recipes and I don’t know anyone who makes them better than my Mom does! 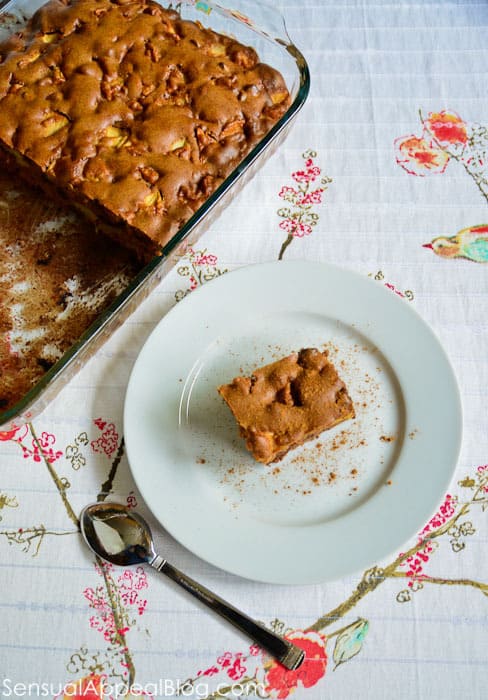 We had a bunch of uneaten apple slices from a Sunday before Memorial Day weekend because our sandwiches and eggs during our mini picnic had us pretty pretty full. The time for apples just never came, especially since our mini-adventure through North Illinois was cut short due to rain. So the following day, Memorial Day Monday, we had a big bowl of sliced apples ready to be eaten… or ready to be used in a cake! A lightbulb went off in my Mom’s head and she created the Cinnamon Apple Cake with Chocolate Chips. And let me tell you, she did GOOD and she did it well.

I sprinkled some cinnamon on top of the slice for the photos but I think the cake is cinnamony enough. I personally am a HUGE cinnamon fanatic. I seriously put it in everything. Any sweet thing, I’ll put cinnamon in there. I love it for the great health benefits and the flavor. It’s just perfect! 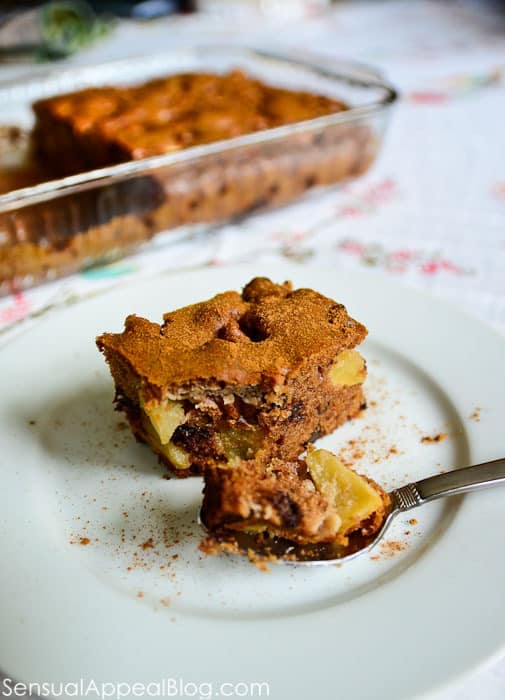 I think this Cinnamon Apple Cake was a big success! I loved the big apple chunks, they added a great deal of moisture to the cake and the dark chocolate chips added a whole other dimension to the cake -a complexity that’s impossible to replicate without the use of dark chocolate, I think. If you are a chocolate lover, you will understand what I mean here 😉 Chocolate Power! Woop! I highly recommend you to try this apple cake recipe! It’s a must.

Massage therapists are today focused on wellness and illness … END_OF_DOCUMENT_TOKEN_TO_BE_REPLACED

The global economy is under threat and facing a pandemic … END_OF_DOCUMENT_TOKEN_TO_BE_REPLACED

Our bodies are truly unique when it comes to protecting … END_OF_DOCUMENT_TOKEN_TO_BE_REPLACED

Everyone wants to look beautiful. Some people are blessed in … END_OF_DOCUMENT_TOKEN_TO_BE_REPLACED