I realize this post is after Thanksgiving but here’s to starting planning your next Thanksgiving menu! Try my mom’s healthy stuffing recipe – Giblet Mushroom Stuffing made with Ezekiel and all real food ingredients! It’s delicious and a hit in our household. 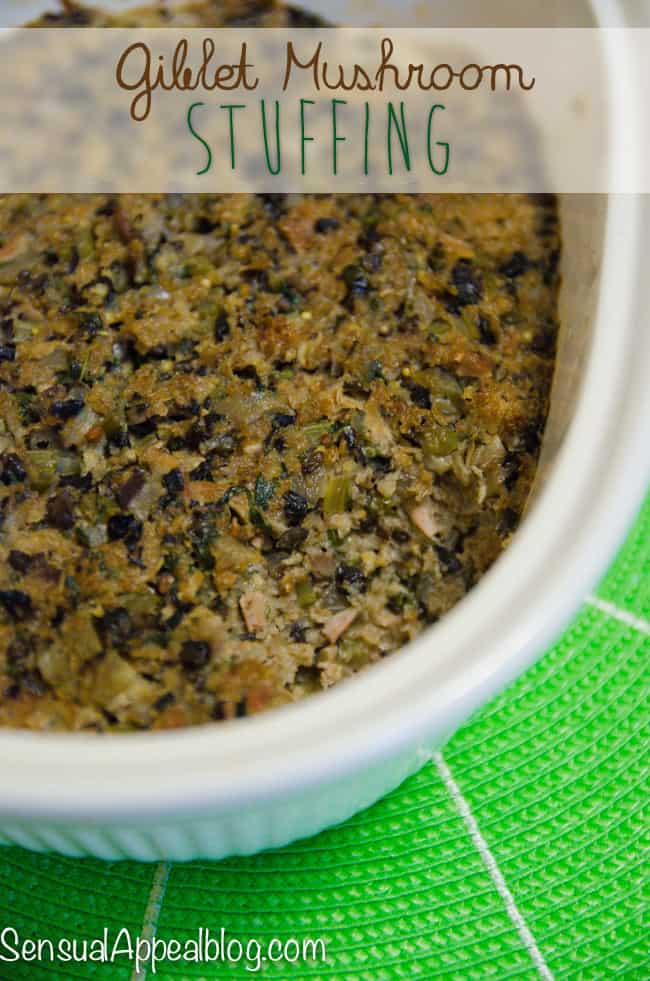 Thanksgiving 2013 is the Thanksgiving I learned that my mom’s stuffing I love contains turkey giblets. I didn’t even know what the word ‘giblet‘ meant before that day.

I kept telling them to stop joking around. It’s just so good. It’s impossible that there are any turkey giblets inside. Impossible. I had liver before when I was a kid and it was disgusting. This stuffing is not disgusting. 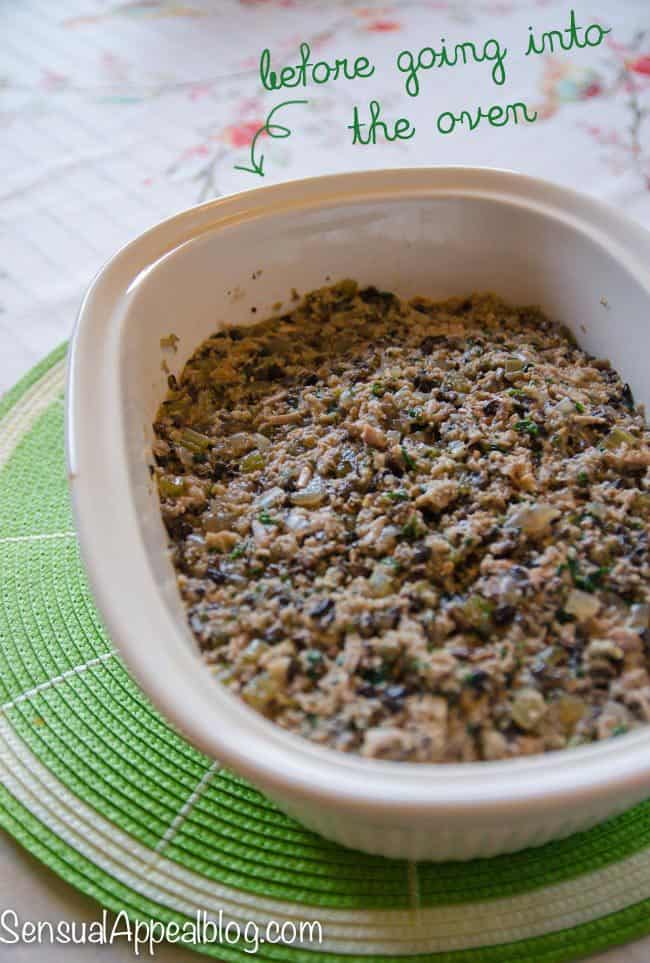 So um, yeah. There are turkey giblets in this stuffing. Apparently that’s normal. American recipes I searched for with giblets call it “Old Fashioned Stuffing” – well that’s what I get for not being American maybe, so I had no idea. But then again my parents aren’t American either so what the heck? Was I the only person that was in the dark about this? So weird.

Well. There is no denying this stuffing is awesome. It’s delicious despite the odd ingredient (to me anyway, I try not to think about it). I love the addition of mushrooms which adds a nice earthy flavor.

Here’s your healthyfied stuffing for Thanksgiving! I bet you’ll like it just as much as I do. Just as long as you’re okay with giblets. Poor turkey. 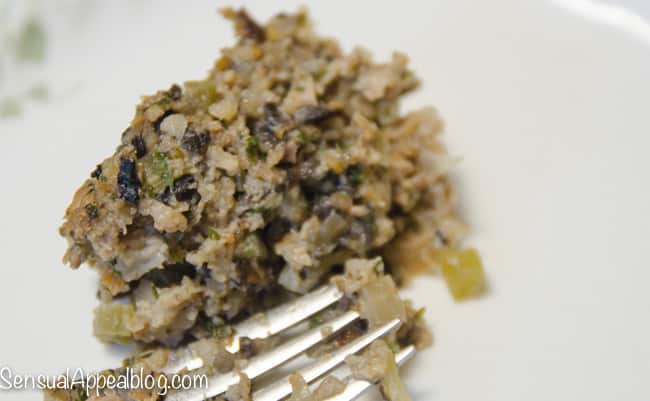 So this is delicious but I highly doubt I would ever ever make this on my own. I am way too squeamish for this. This is entirely my mother’s recipe. I like the outcome. Probably not so much the process of getting there though, haha.