You are here: Home / Health / How IV Hydration Helps Your Body to Fight Off Viruses 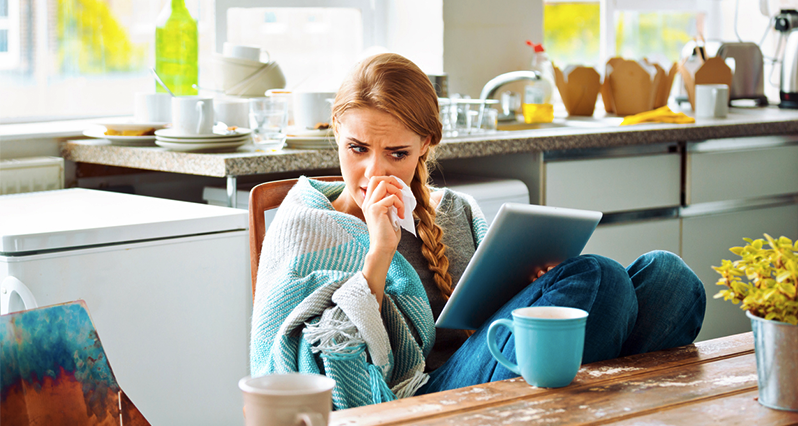 Our bodies are truly unique when it comes to protecting themselves from viruses, bacteria and other infections, and the immune system that each individual has is the force behind this.

Viruses require a living host in which to survive and multiple. When an infectious microorganism enters the body, it invades the cells and takes them over, forcing them to produce more of the virus that has invaded them.

The immune system is basically the body’s defense against attack in terms of viruses. It’s like a protective shield that recognizes viruses and germs that are not natural to our body, and works to prevent them from infecting us.  It will fight the pathogens such as bacteria, parasites or viruses and attempt to rid the body of them. The immune system also works against much more serious and deadly illnesses such as cancer cells.

Our immune system can recognize our natural cells and to fight against any invading viruses, which is the process known as the immune response.

Antigens, which are foreign substances, include things such as the protein on the surfaces of viruses or bacteria, are what causes the immune system to switch on and start fighting.

White blood cells, which are known as lymphocytes, are used to start producing antibodies to start fighting off the antigens. The antibodies that are created by our bodies will usually stay inside us, as they may be needed again at some point in the future to fight off the same virus. However, for viruses that our bodies have not encountered before, such as Covid-19, there aren’t lymphocytes that can effectively recognize and defend against it.

What is IV Hydration?

It is very important that our bodies are hydrated, which is why you will have heard your parents and doctors always telling you to drink plenty of water everyday, as well as other fluids. However, it’s not always easy to do this, especially if you are working throughout the day, and trying to remember to drink water frequently isn’t at the top of your list of priorities.

IV hydration is an alternative way to make sure you are getting your necessary daily fluids. It’s seen by many as being a much more efficient way to stay hydrated instead of drinking water from a bottle. With IV hydration, the fluids are injected directly into your bloodstream, meaning that the body can deliver them where they are needed the most. This is a much faster and effective way to stay hydrated. If you are looking for more information, head over to IV hydration by IV Hydropros, where you can find lots of helpful information.

Whenever you are ill, or have a fever, your body is losing fluid. The lost nutrients and electrolytes need to be replenished, but this can’t be done just by drinking water, nor is it an effective way to get the nutrients to where they are needed the most.

With IV hydration, these nutrients and electrolytes can be replaced quickly and effectively, aiding your immune system in the battle against the invading virus. If you’ve ever been sick with a fever and are sweating profoundly, you’ll most likely have been told by your doctor how important it is to stay hydrated and to take on fluids. IV hydration simply provides you with a much more effective way to achieve this.

Our immune system depends on a number of vitamins and antioxidants that we take into our bodies. Without the right amount, our immune system can’t work at full capacity, and it can take longer to fight off illness and viruses. One of the most important vitamins for the immune system is vitamin C, as this is what helps our cells to better fight disease and infection, and has also shown to be effective in the duration of an infection of illness.

If you are ill, then you may benefit from some IV hydration, where the fluids you will consume can be created to have the right amount of vitamins and antioxidants that your body needs.  Oral supplements offer some help, but because they are broken down in the digestive tract, not 100% of the supplement is being properly absorbed by the body to fight the virus.

With an IV hydration treatment, the fluid is being directly administered into the bloodstream, thus ensuring that 100% of it is being used by your cells in their fight against the virus and foreign substances.

The benefits from the IV hydration treatment will usually remain in the body for 2-3 days after being administered, giving your immune system a much better chance in the fights against the virus.

Easier for your digestive system

As mentioned previously, one way to help boost your immune system is through oral supplements, but these are not always very effective due to them ending up in the digestive tract. With hydration therapy, the treatment is much more easy going on the digestive system and gives your body the opportunity to absorb the nutrients and fluids to a much greater capacity.

Using IV hydration treatment also means that you are actually drinking less fluids, which in turn means that there are less nutrients and vitamins being flushed out of your system each time you visit the bathroom.

There are many ways to fight illness and viruses, and in most instances, your body will use a variety of methods in its fight against the virus. Some forms of treatment are much more effective than others, and all of them will depend on the severity of the virus and how it has affected your body.

For those with a strong immune system, the body is usually able to fight off most viruses itself with the aid of supplements and additional vitamins. Whether administered orally or by IV, the body will be able to use these additional nutrients to help boost the power of the immune system and hopefully defeat the virus in as short a time as possible.

However, there may be other instances where the virus is much more serious, such as Covid-19, which is something that our bodies have not experienced before, and therefore have not already created antibodies to use in the bodies fight against the infection. In situations such as these, medical help and even hospitalization will be the only options available to some individuals.

Massage therapists are today focused on wellness and illness … END_OF_DOCUMENT_TOKEN_TO_BE_REPLACED

The global economy is under threat and facing a pandemic … END_OF_DOCUMENT_TOKEN_TO_BE_REPLACED

Our bodies are truly unique when it comes to protecting … END_OF_DOCUMENT_TOKEN_TO_BE_REPLACED

Everyone wants to look beautiful. Some people are blessed in … END_OF_DOCUMENT_TOKEN_TO_BE_REPLACED