You are here: Home / Health / How To Get Rid Of Sour Stomach 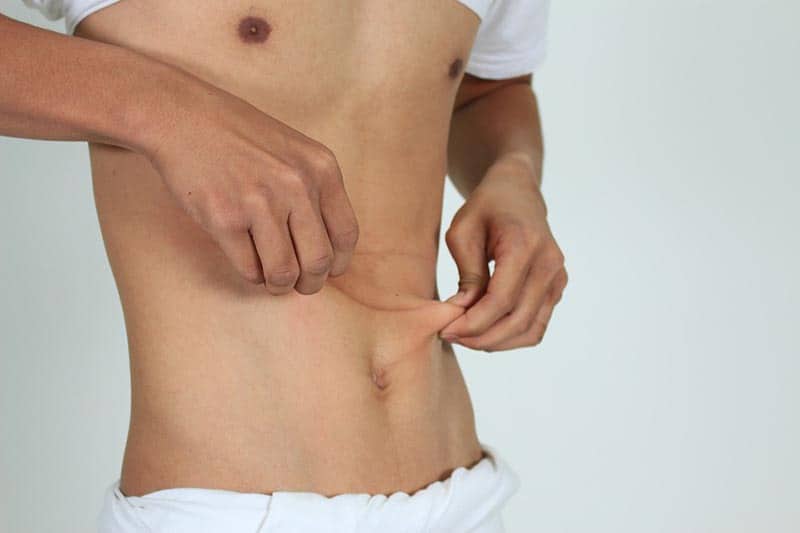 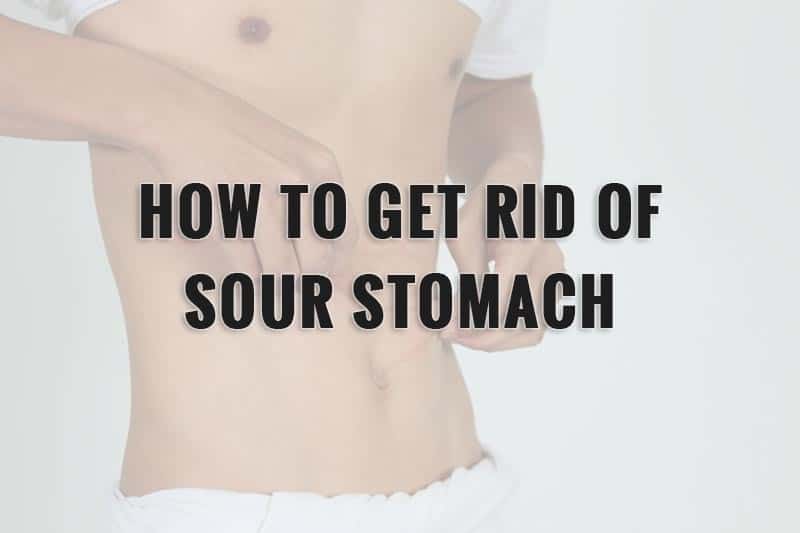 When somebody says they have a “sour stomach,” they can in a variety of different things. Sometimes when someone says this, they mean that they simply feel like something is “not quite right” in their digestive tract.

Other times, they may need that they are experiencing a strong bout of nausea. Regardless of what “sour stomach” means to you, we can all agree on one thing … it isn’t pleasant.

What is Sour Stomach?

So if the words “sour stomach” can describe so many different things, what is sour stomach really? That is a good question. There is no simple answer, since the phrase “sour stomach” is colloquial. It really can refer to a range of different symptoms and causes.

• Acid reflux. This is when acid that should be in your stomach geysers up into your esophagus, and sometimes into the back of your throat or even your mouth. This condition is often known as heartburn. Acid reflux can cause a nasty taste in your mouth.

• Nausea. This is the upset stomach feeling which may precede vomiting.

• Bloating. This is a feeling of uncomfortable fullness you may experience even if you have eaten very little. Usually bloating is associated with excess gas. Excess gas is often produced when you are suffering from heartburn, so these two symptoms tend to go hand-in-hand.

Note that you do not need to have all of these symptoms present in order to say that you have sour stomach. You may have just one or a couple. Sometimes it is hard to actually identify any specific symptoms. Your symptoms may be mild enough that it just feels as if you have “wrongness” in your stomach. Usually, this is the subtle sensation of mild heartburn. 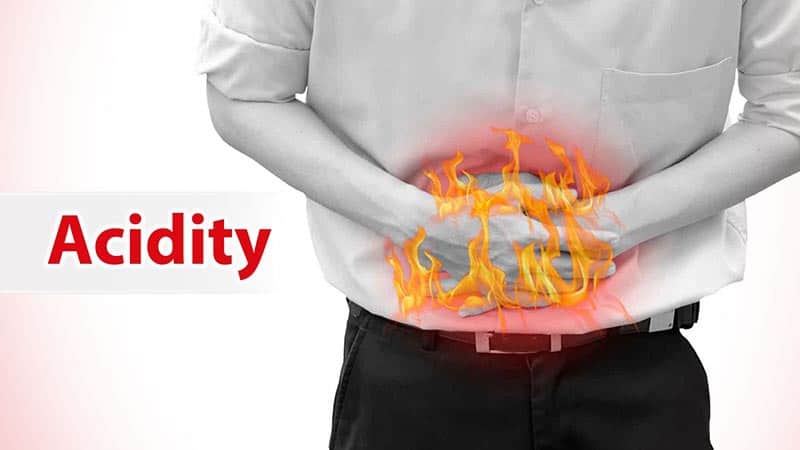 Sour stomach may have a variety of causes. It is not necessarily interchangeable with acid reflux, though acid reflux is probably the most common cause.

Potential causes for sour stomach include:

• Heartburn. Again, this is probably the most common reason that you would have sour stomach. It may chronic or acute. In 2004, around 20% of the US population reported they had reflux at least once a week.• Gastritis. This refers to information of your stomach lining. It sometimes happens in conjunction with gastroesophageal reflux disease (GERD) or stomach ulcers. It is often characterized by a gnawing pain in your stomach.• Peptic ulcer. This is an open sore in your stomach.• Food poisoning or viral infection.• Any other health condition which may cause digestive disturbance could lead to sour stomach.

You can now see how sour stomach does not refer to a specific health condition, but rather to a set of symptoms that may be associated with various ailments. Again, it is worth emphasizing that the most common cause by far is simple acid reflux.

Common causes and triggers of acid reflux include:

• Eating too much food in one sitting.• Eating foods that trigger acid reflux (common culprits include spicy foods, tomatoes or tomato pastes, coffee, and other acidic or caffeinated beverages, soda, and chocolate).• Working out too soon after you eat.• Eating quicker than you should.• Swallowing air while you eat.• Assuming the wrong posture while eating or directly afterwards. For example, if you hunch over after you eat (maybe while watching television), or you lie down too soon, this can result in heartburn.

As you can see, the answer to the question, “What is a sour stomach?” is more complex than you may have thought. But fighting sour stomach largely comes down to combating heartburn.

How to Get Rid of a Sour Stomach

Now that you have a thorough understanding of sour stomach, you need to know how to get rid of sour stomach. There are medications that you can take before heartburn, but these medications have been known to make acid reflux worse in some people. For that reason, you probably should look into home remedies for sour stomach first.

It is worth mentioning that while acid reflux is probably the cause of your sour stomach, it may still be worth your time to consult with a doctor to rule out other possibilities such as an ulcer if you display other symptoms. Also, if you typically get acid reflux more than twice a week, there is a chance that you may have GERD.

Assuming that there is no underlying condition to treat, here are some recommendations for getting rid of sour stomach were heartburn is the cause. 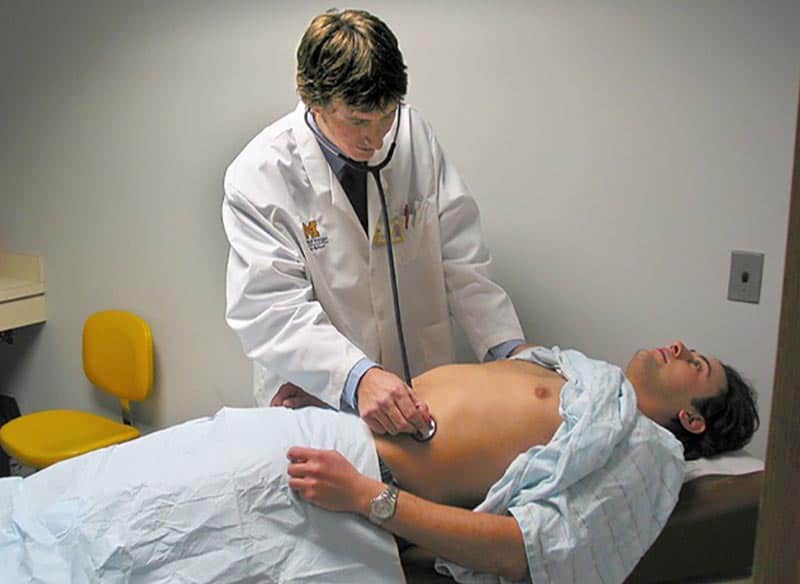 Make Adjustments to Your Diet

Try to avoid foods which trigger your sour stomach symptoms. It may take you some time and experimentation to identify these triggers. They are not the same for everyone. To this end, you should take careful notes over a course of weeks or months.

In general, try to steer clear of acidic foods and drinks, and avoid caffeine. You should also not indulge in too many greasy fried foods. Fatty meals may also trigger heartburn. Sometimes a food intolerance is responsible, for example related to dairy or gluten. If you do have a carbonated beverage or alcohol, it is best not to drink it while you are eating a meal.

Make Adjustments to Your Lifestyle

Sometimes you need to make additional changes to your lifestyle. Instead of eating just a couple large meals, try eating a number of smaller meals and snacks interspersed throughout the day. Eat at least two hours or more before lying down or going to bed.

Maintain a good posture while eating and directly afterward. Do not exert yourself too much working out after meals. Consider instead a leisurely stroll. Do what you can to eliminate stress from your life.

Stress may also trigger heartburn. Consider meditation or taking a few minutes each day to do something else to help you calm down.

Looking for a natural sour stomach cure you can try at home? Here are a few suggestions:

• Ginger. You can eat ginger raw, or you can make a tea out of it. A lot of people report that this vastly improves symptoms of sour stomach. You can also purchase ginger tea in the store. Ginger isn’t just an anecdotal cure either. There are scientific studies backing it up.

• Peppermint. Many people report that this not only tames acid reflux, but provides an immediate soothing sensation. This is another versatile remedy which is available in a number of forms. You can suck on a peppermint candy or try drinking some peppermint tea. Spearmint is reported to work as well.

• The BRAT foods. If you happen to be parent to a toddler, you probably know what “BRAT” stands for: Bananas, Rice, Applesauce, Toast. These four foods are low in fiber and offer a bland but easily-digestible choice if you are feeling under the weather. Even if you are not sick and are simply suffering from some acid reflux, you should find them to be a big help.

• Apple cider vinegar. Downing some acid may seem completely counterintuitive, but it works for lots of people. You want to dilute it in some water; you can add a little honey if that helps you get it down. Lemon juice reportedly works for some people as well.

• Yogurt. Yogurt contains healthy microorganisms which aid in digestion. Replenishing those bacteria seems to help reduce the symptoms of acid reflux. This works great as a long-term treatment. Try eating a little yogurt each day, and keep it up for weeks or months, and you should see a gradual reduction of symptoms.

Be warned, initially your heartburn may seem worse. This is because the bacteria temporarily create a more acidic environment for themselves while they are settling in. This side-effect will pass.

• Apples. You may find that sweet (not tart) apples help to reduce the symptoms of acid reflux. They are alkalizing fruits, and may balance out the overproduction of acid which causes sour stomach.

• Licorice. There is some scientific evidence that indicates that licorice may reduce heartburn. Note however that in the US, most “licorice” candies do not actually contain licorice. If you do eat real licorice candies (or take it as a supplement), make sure to moderate your intake. Licorice is delicious, but only safe in small amounts.

Sour stomach is a problem which can range from annoying to debilitating, depending on the cause, severity, and frequency of your symptoms. You can treat it, though! With some simple adjustments to your lifestyle and diet and with a few natural home remedies, you may be feeling better soon than you expect.

Massage therapists are today focused on wellness and illness … END_OF_DOCUMENT_TOKEN_TO_BE_REPLACED

The global economy is under threat and facing a pandemic … END_OF_DOCUMENT_TOKEN_TO_BE_REPLACED

Our bodies are truly unique when it comes to protecting … END_OF_DOCUMENT_TOKEN_TO_BE_REPLACED

Everyone wants to look beautiful. Some people are blessed in … END_OF_DOCUMENT_TOKEN_TO_BE_REPLACED