Just because it’s winter doesn’t mean we shouldn’t have some fun tropical flavors once in a while, eh?

After making Pineapple Cupcakes with Greek Yogurt for Jane’s birthday I still had canned pineapple left over and I wasn’t going to throw it out right away. I had to make at least one more new recipe out of it. Plus I wanted to use some unsweetened shredded coconut I had because I haven’t in a while. Pineapple and coconut are a GREAT combination. 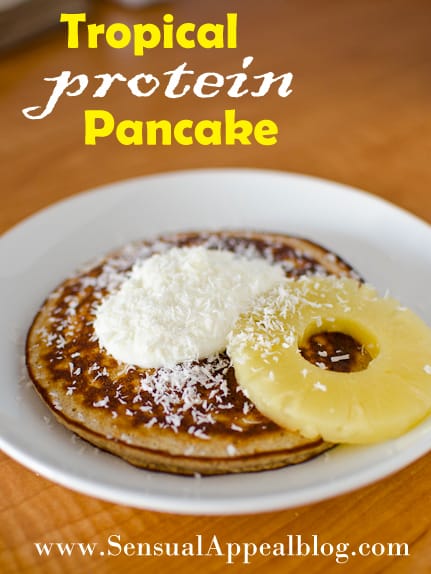 Plus we already know I love protein pancakes. It’s my love. These protein pancakes are not like regular pancakes, just like most of my pancake creations – they are more like cookies out of a pan than pancakes but that’s exactly the way I like them. 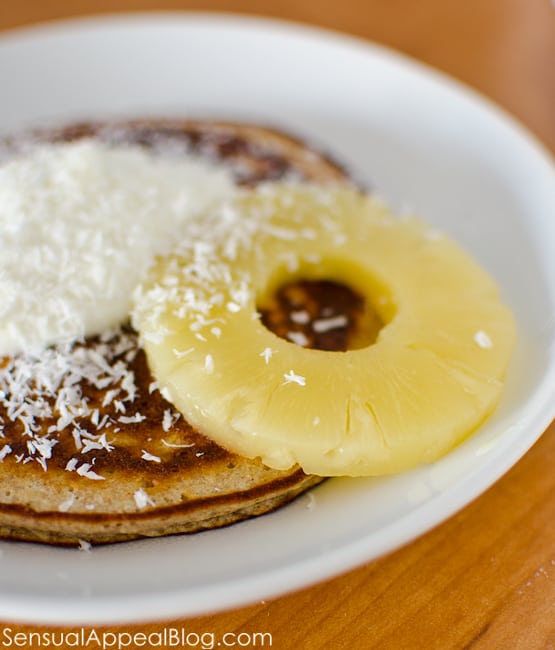 Especially if these pancakes or pancookies are also made with no added sugars! All natural ingredients (as always) and the subtle flavors of the tropics: pineapple and coconut. It’s like a pina colada… but not really. If it was, I would have named them pina colada pancakes. But honestly, I’m not a big fan of pina colada. I haven’t had it since I was a kid (I had a virgin pina colada when I was like 12) and I wasn’t a big fan. I’m also not a fan of anything pina colada flavored, like smoothies and candy. But I really liked these tropical pancakes because they just tasted slightly sweet and TROPICAL, not like the pina colada. 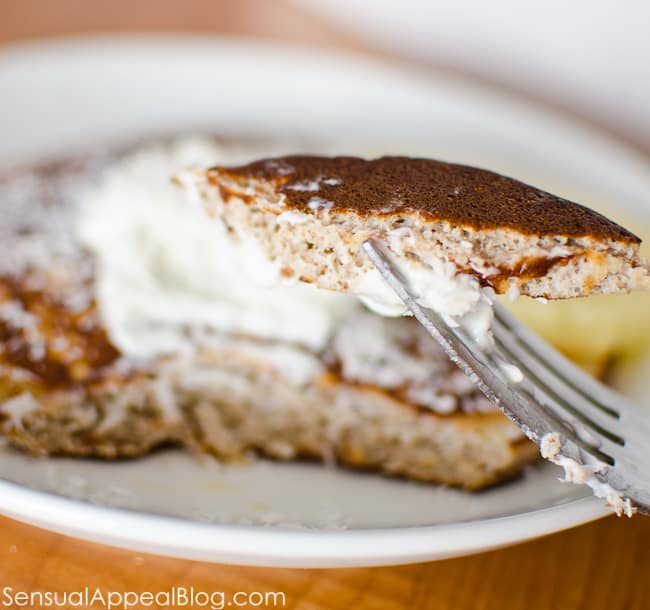 I used a little bit of Chobani pineapple greek yogurt I had left over from making the cupcakes and used it as a topping. It worked beautifully. I also garnished the whole thing with additional shredded coconut and one pineapple ring, just to keep it festive. Why not?